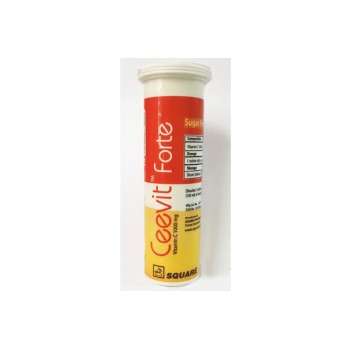 vitamin C, the water-soluble vitamin, is readily absorbed from the gastrointestinal tract and is widely distributed in the body tissues. It is believed to be involved in biological oxidations and reductions used in cellular respiration. It is essential for the synthesis of collagen and intracellular material. Vitamin C deficiency develops when the dietary intake is inadequate and when increased demand is not fulfilled. Deficiency leads to the development of well defined syndrome known as scurvy, which is characterized by capillary fragility, bleeding (especially from small blood vessels and the gums), anaemia, cartilage and bone lesions and slow healing of wounds.

vitamin C is usually administered orally. When oral administration is not feasible or when malabsorption is suspected, the drug may be administered IM, IV, or subcutaneously. When given parenterally, utilization of the vitamin reportedly is best after IM administration and that is the preferred parenteral route.

The average protective dose of vitamin C for adults is 70 to 150 mg daily. In the presence of scurvy, doses of 300 mg to 1 g daily are recommended. However, as much as 6 g has been administered parenterally to normal adults without evidence of toxicity.

To enhance wound healing, doses of 300 to 500 mg daily for a week or ten days both preoperatively and postoperatively are generally considered adequate, although considerably larger amounts have been recommended. In the treatment of burns, doses are governed by the extent of tissue injury. For severe burns, daily doses of 1 to 2 g are recommended. In other conditions in which the need for vitamin C is increased, three to five times the daily optimum allowances appear to be adequate.

Parenteral drug products should be inspected visually for particulate matter and discoloration prior to administration, whenever the solution and container permit.
* চিকিৎসকের পরামর্শ অনুযায়ী ঔষধ সেবন করুন

Ascorbic acid does not seem to have any important adverse effects at dosages less than 4 mg/day. Larger dose may cause diarrhoea or formation of renal calculi of calcium oxalate in patients with renal impairment. Ingestion of more than 600 mg daily have a diuretic action.

The drug is safe in normal doses in pregnant women, but a daily intake of 5 gm or more is reported to have caused abortion. The drug may be taken safely during lactation.

Ingestion of megadose (more than 1000 mg daily) of vitamin C during pregnancy has resulted in scurvy in neonates. Vitamin C in mega-doses has been contraindicated for patients with hyperoxaluria. Vitamin C itself is a reactive substance in the redox system and can give rise to false positive reactions in certain analytical tests for glucose, uric acid, creatine and occult blood.