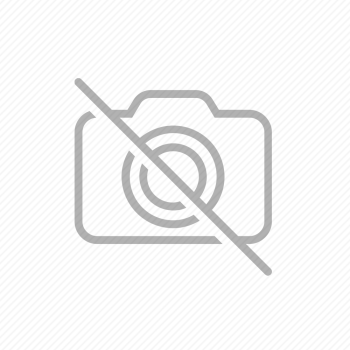 Treatment of essential hypertension. This fixed dose combination is indicated in adult patients whose blood pressure is not adequately controlled on Olmesartan Medoxomil alone.

Hydrochlorothiazide inhibits the reabsorption of Na in the distal tubules causing increased excretion of Na and water including K and hydrogen ions.

An AT2 receptor is also found in many tissues, but this receptor is not known to be associated with cardiovascular homeostasis. Olmesartan has more than a 12,500-fold greater affinity for the AT1 receptor than for the AT2 receptor.

​Blockade of the renin-angiotensin system with ACE inhibitors, which inhibit the biosynthesis of angiotensin II from angiotensin I, is a mechanism of many drugs used to treat hypertension. ACE inhibitors also inhibit the degradation of bradykinin, a reaction also catalyzed by ACE. Because olmesartan medoxomil does not inhibit ACE, it does not affect the response to bradykinin. Whether this difference has clinical relevance is not yet known.

Blockade of the angiotensin II receptor inhibits the negative regulatory feedback of angiotensin II on renin secretion, but the resulting increased plasma renin activity and circulating angiotensin II levels do not overcome the effect of olmesartan on blood pressure.

The usual recommended starting dose of Olmesartan Medoxomil is 20 mg once daily when used as monotherapy in patients who are not volume-contracted. For patients requiring further reduction in blood pressure after 2 weeks of therapy, the dose may be increased to 40 mg. No initial dosage adjustment is recommended for elderly patients, for patients with moderate to marked renal impairment (creatinine clearance<40 ml/min) or with moderate to marked hepatic dysfunction.

Hydrochlorothiazide is effective in doses between 12.5 mg and 50 mg once daily.

Replacement Therapy: Olmesartan & Hydrochlorothiazide may be substituted for its titrated components.

Pregnancy Categories C (first trimester) and D (second and third trimesters). This combination drug should not be used during pregnancy.

Lactation: It is not known whether Olmesartan is excreted in human milk, but Olmesartan is secreted at low concentration in the milk of lactating rats. Thiazides appear in human milk. Because of the potential for adverse effects on the nursing infant, a decision should be made whether to discontinue nursing or discontinue the drug, taking into account the importance of the drug to the mother.

Symptomatic hypotension, especially after the first dose, may occur in patients who are volume and/or sodium depleted by vigorous diuretic therapy, dietary salt restriction, diarrhoea or vomiting. Such conditions should be corrected before the administration of Olmesartan Medoxomil-Hydrochlorothiazide.

The most likely manifestations of Olmesartan Medoxomil overdose are expected to be hypotension and tachycardia; bradycardia might also occur. Overdose with hydrochlorothiazide is associated with electrolyte depletion (hypokalaemia, hypochloraemia) and dehydration resulting from excessive diuresis. The most common signs and symptoms of overdose are nausea and somnolence. Hypokalaemia may result in muscle spasm and/or accentuate cardiac arrhythmias associated with the concomitant use of digitalis glycosides or certain anti-arrhythmic medicinal products. No specific information is available on the effects or treatment of Olmesartan Medoxomil-Hydrochlorothiazide overdose. The patient should be closely monitored and the treatment should be symptomatic and supportive. Management depends upon the time since ingestion and the severity of the symptoms. Suggested measures include induction of emesis and/or gastric lavage. Activated charcoal may be useful in the treatment of overdose. Serum electrolytes and creatinine should be monitored frequently. If hypotension occurs, the patient should be placed in a supine position, with salt and volume replacements given quickly.

Use in Special Population

Renal impairment: The usual regimens of therapy with Olmesartan & Hydrochlorothiazide tablet may be followed provided the patient's creatinine clearance>30 ml/min. In patients with more severe renal impairment, loop diuretics are preferred to thiazides, so this combination tablet is not recommended.

Patients with Hepatic Impairment: No dosage adjustment is necessary with hepatic impairment.

Paediatric population: The safety and efficacy of Olmesartan & Hydrochlorothiazide in children and adolescents below 18 years has not been established. No data are available.